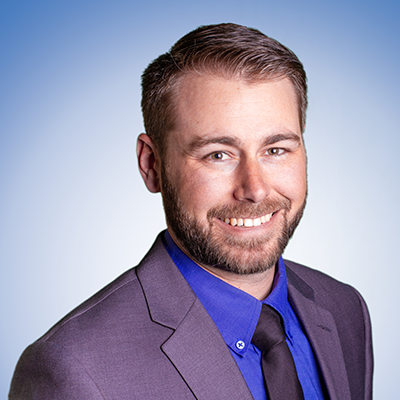 Joel's key to success: Never give up, always keep your goals in sight. No matter what gets thrown your way, push forward and always remain true to your faith.

A little about Joel

Joel has over eight years of financial industry experience, with four years at OneAZ Credit Union. As the Northern Region Workplace Bank Program Manager, Joel is a link between OneAZ and the communities we are part of, helping our Credit Union anticipate the growing needs of Northern Arizona businesses. Joel is passionate about supporting and strengthening the local business community.

After graduating with his Bachelor of Science in American Political Studies from Northern Arizona University, Joel moved to Flagstaff permanently and began working for a national bank. As he became more familiar with Flagstaff and the financial industry, Joel built relationships within the local business community. He made it his goal to be in a position where he could serve members on a unique level and foster business growth throughout the state, which led to his role with OneAZ.

In his free time, Joel enjoys spending time outdoors with his wife and dog, traveling and doing home improvement projects.

5 Ways to Keep Your Money Local

Supporting Arizona businesses and organizations means your money stays local. Here are a few easy ways to keep more of your money in Arizona.

Why Should I Choose a Credit Union?

You’re putting your money—and your trust—in an organization that offers personalized service, competitive loan rates and a community focus.

Keep Reading
Back to Top