Security Alert – We have received reports of members receiving text messages and phone calls from someone claiming to be from “OneAZ Fraud Department” asking for their debit card number and expiration date. This is a phishing attempt and a security threat. If you received this text, please delete it. If you responded to the text or call and provided account information, please call the phone number on the back of your debit card, and closely monitor your transactions. Reminder – OneAZ will NEVER call or text you to request your debit card number, expiration date, or other account or personal information.

What does it mean to build a strong community? For Verde Valley Habitat for Humanity (VVHFH), a strong community starts with making sure everyone has access to affordable housing. As an affiliate of Habitat for Humanity International, they believe everyone, everywhere deserves a decent place to call home. As Executive Director Tania Simms put it, “just because someone has a low income doesn’t mean they shouldn’t have a chance to be a homeowner.” 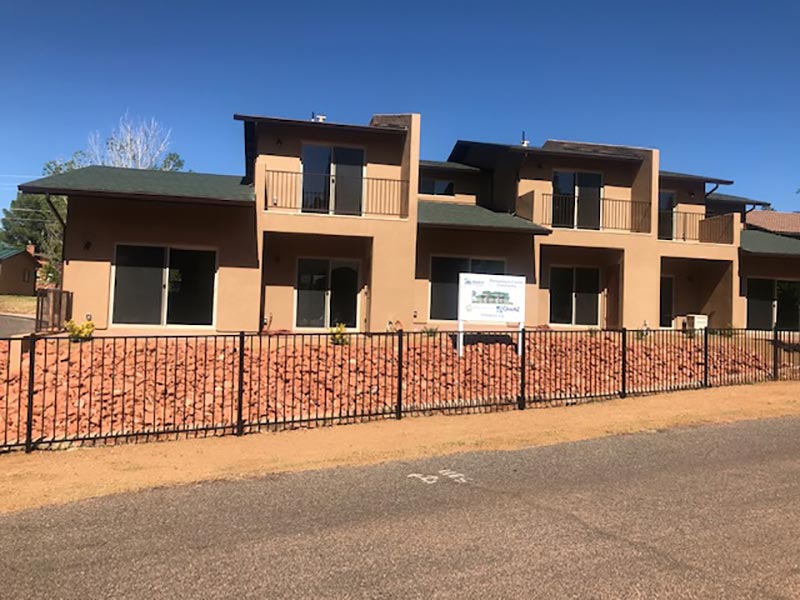 Headquartered in Cottonwood, Verde Valley Habitat for Humanity serves Sedona, Clarkdale, Camp Verde, Rimrock and Cornville. It was founded in 1993 by a group of residents who were concerned about the lack of affordable housing in the area. The region’s population has grown significantly since its inception, but the need for affordable housing hasn’t gone away.

Each year, VVHFH may build several new homes, but much of their work includes critical home repairs for residents to make sure that people are safe in their own homes. That could be anything from fence repairs to building a new wheelchair ramp. Simms says this allows them to expand their reach and help more people in the community. It also ensures that folks stay in their homes since the inability to make those types of home improvements or alterations is frequently a reason someone with limited income is forced to move.

Those who do turn to Habitat for Humanity for new homes aren’t just given places to live. “Our applicants have to go through an application process just like anyone seeking a mortgage,” said Simms. The difference is that VVHFH makes it affordable by ensuring they’re not paying more than 30% of their income towards housing at any time.

They also must meet criteria based on income level, necessity and a willingness to partner with Habitat. They’re required to put in 300 hours of “sweat equity” by either helping to build their own home or participating in critical repair projects for others. This is a key component of Habitat’s emphasis of empowering new homeowners and building a community of compassion and caring. 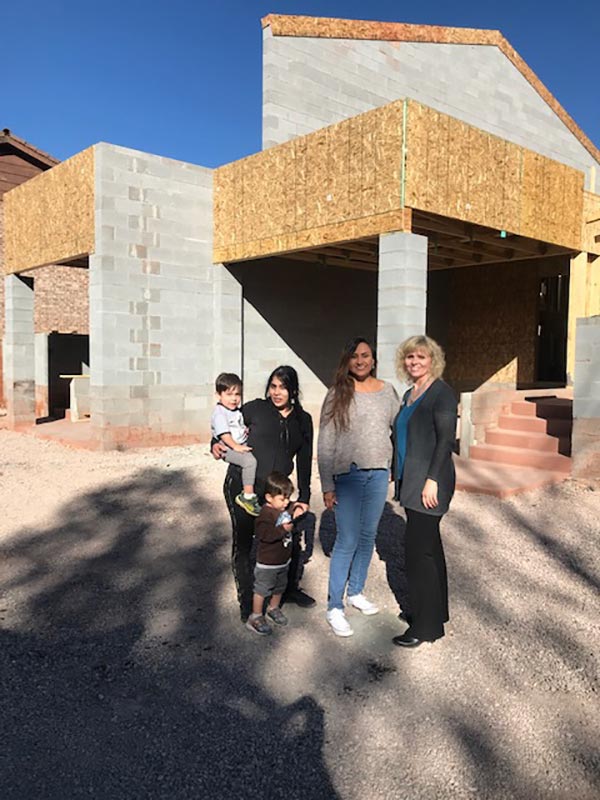 A key part of Verde Valley Habitat’s recent ability to help develop affordable housing in the region has been its partnership with OneAZ. It started with VVHFH’s effort to build a triplex in Sedona. Being a small affiliate, they needed funding for the units and turned to OneAZ to secure it. That housing unit for three families was completed in June 2020 and the first residents moved in within months. “We wouldn’t have been able to build those three homes at one time if it wasn’t for the partnership and relationship,” said Tania.

For Tania, perhaps the most significant part of working with OneAZ has been that focus on building a bond with Habitat for Humanity. “We have a personal relationship. There’s a person we can go to. There’s not just a phone number to call,” she said. Tania says the business banking partners she works with are in tune with the community in Verde Valley and understand that as the region’s only organization prioritizing affordable housing, they have unique needs. Simply put, Tania said, “I’m not sure that we would’ve been able to get some of the funding that we were asking for without that deeper communication.”

For more information on Verde Valley Habitat for Humanity, visit their website.