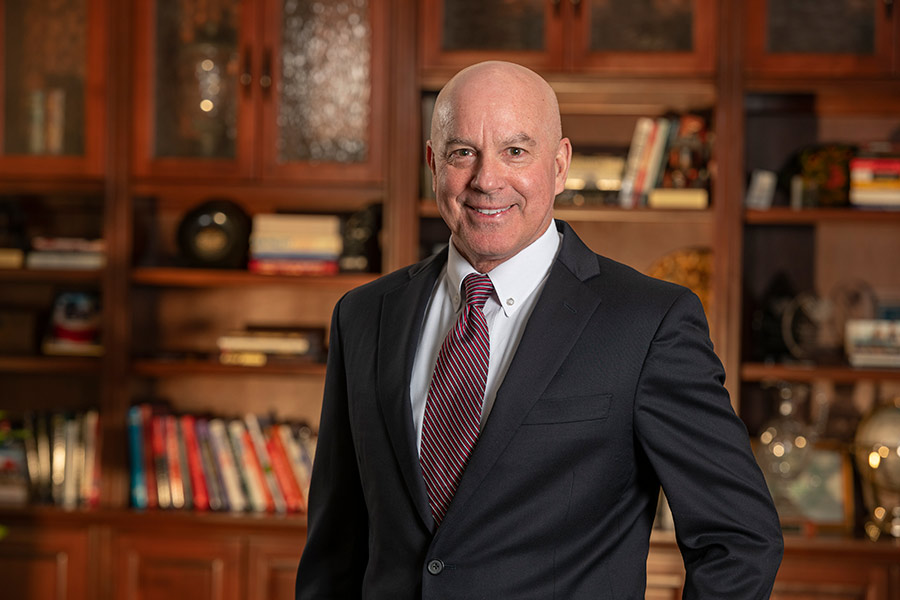 The board selected Reedy as the new CEO based on his reputation for enhancing operational efficiency and continuing to advance OneAZ’s vision of being a strong leader in the community, state and the credit union movement. Reedy combines more than 30 years’ financial industry experience with an athletic sense of determination developed while a competitive runner.

“There are few people who know the ins and outs of credit unions better than Kim. In recent months, he has more than demonstrated his ability to lead the entire operation. Kim has a strong vision for the future, and we are thrilled to have him at the helm,” said Martha Rozen, chairperson of the board for OneAZ Credit Union. “While we will truly miss Dave, we celebrate his legacy and well-earned retirement.”

After earning his MBA in Finance from San Diego State University, Reedy began his career in finance. As he learned the many facets of the industry, he discovered the importance of fostering a positive and productive work environment. His transition to credit unions in 1991 came naturally, as his values align with their focus on members, associates and the community.

“I love the way credit unions commit to improving their communities, and OneAZ is no exception. I joined OneAZ because of our previous CEO, David Doss. I had worked with him before, knew his philosophy and vision, and wanted to be part of it,” said Reedy.

Working closely with Doss, Reedy has been instrumental in helping grow OneAZ Credit Union into the largest state-chartered federally insured credit union in Arizona. OneAZ Credit Union supports the local economy through several initiatives, including partnerships with Local First and State Forty Eight and its annual Community Impact Grants program, which has given over $220,000 to nonprofits statewide who make a difference in the communities they serve.

“I wholly believe in OneAZ’s mission as my personal business philosophy: To truly improve the lives of our members, associates and the communities we serve. That’s what it’s all about,” said Reedy.

Reedy lives in Phoenix with his family, enjoys an active outdoor lifestyle and dedicates time to the nonprofit community.

As a Credit Union, OneAZ is owned by its members and its earnings are returned to its members in the form of better interest rates and lower fees for service. With 20 locations and more than 140,000 members, OneAZ Credit Union has been serving Arizona since 1951, when two state employees recognized the need for a member-owned credit union. To learn more, visit oneazcu.com. Insured by NCUA.