Security Alert – We have received reports of members receiving text messages and phone calls from someone claiming to be from “OneAZ Fraud Department” asking for their debit card number and expiration date. This is a phishing attempt and a security threat. If you received this text, please delete it. If you responded to the text or call and provided account information, please call the phone number on the back of your debit card, and closely monitor your transactions. Reminder – OneAZ will NEVER call or text you to request your debit card number, expiration date, or other account or personal information.

Mike Spangenberg is a born-and-raised Arizonan.

Growing up, he watched friends come and go, bringing loyalty to other states, sports teams and communities with them. “It drove me crazy that there was a lack of pride for our beautiful state,” says Spangenberg. “There were no apparel options available during my childhood to represent Arizona in a positive and fashionable way.”

Spangenberg and his two business partners dreamt up the solution to that one day with three simple words—State Forty Eight. A callback to Arizona’s admission as the 48th state in 1912, the brand was soon born with an iconic logo in the state’s shape. Initially they used trunk shows, special events and social media to get in front of new audiences and hype up the brand. “People loved the logo and the concept, so we knew we had something special,” says Spangenberg.

Of course, State Forty Eight’s swift rise to popularity did not come without challenges. “In the beginning, the main hurdles were time, money and pride,” says Spangenberg. “[My business partners and I] only invested a total of $1,500 between us, so we were forced to keep every dollar in the business to sustain it.” All three co-founders worked full-time jobs while running State Forty Eight on the side until they could afford to grow the brand and hire support staff. Working with two business partners also meant disagreements on daily decisions. “We overcame all of this by improving our communication, respecting one another and making smart business decisions.”

Since its inception in 2013, State Forty Eight has grown from a single screen printing operation in a spare bedroom to a statewide icon with a cult following. Arizonans represent the brand around the world, tagging State Forty Eight on social media as they don shirts and hats everywhere from Iceland to China.

More than just a brand, State Forty Eight partners with hundreds of Arizona organizations to improve the community. Nonprofits, schools and local businesses work with State Forty Eight to create an exclusive design, and a portion of proceeds are often given to Arizona charities. “Our ultimate goal is to be known as a brand that is so much more than selling products,” says Spangenberg. “We continue to strive to make a positive impact on our community.” 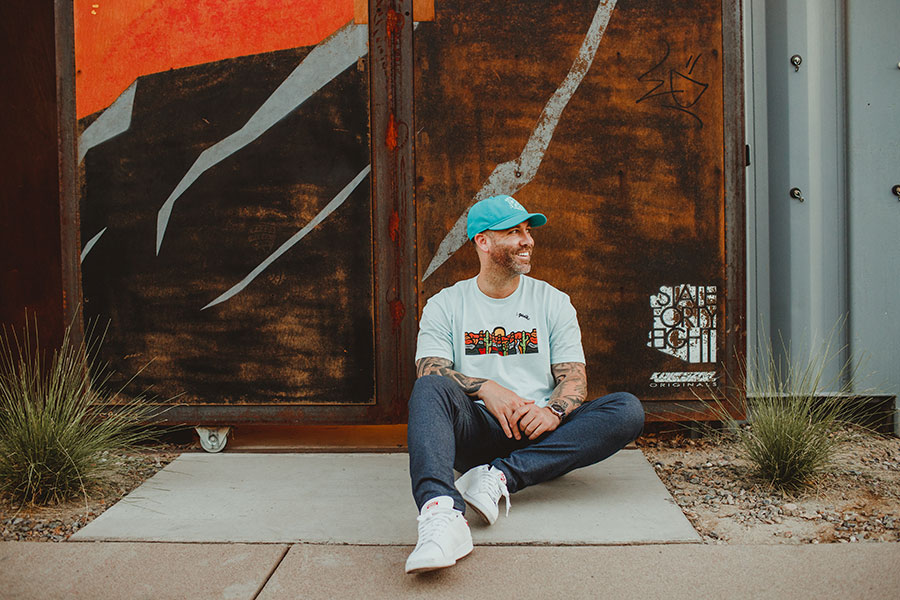